On 07/03/2013 the new animal protection law was passed in Slovenia (published on 18/03/2013) banning:
and introducing other improvements for animal welfare.

The law (The Law on Additions to and Changes of the Law for protection of Animals) was being changed because of the obligatory coordination of the law with European Union’s Directive 2010/63/EU on the protection of animals used for scientific purposes. In the process of changing the law, Slovenian animal protection and rights non-governmental organizations managed to implement significant changes to the law - namely the ban on circus acts involving wild animals and the ban on farming and hunting animals for their fur, feathers or skin. The law was passed in the Slovenian Parliament with a great majority (95% support). 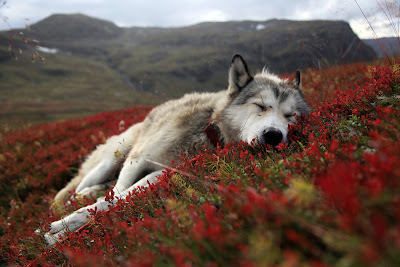 BAN ON FUR FARMING AND HUNTING
Ban on farming and hunting animals for fur, feathers or skins is an important step forward for Slovenia as it is joining many European countries such as Austria, Croatia, Bosnia and Herzegovina, United Kingdom, Serbia, The Netherlands, which have already passed the ban on fur farming. By passing a stricter law, which also bans hunting for fur and farming or hunting for skins and feathers, Slovenia is making a small but important contribution to the movement, which seeks to ban fur farming in general.

Translated into English:
Forbidden actions are:
...
- keeping and hunting of animals exclusively for obtaining their pelts, skins or feathers.

Ban on fur farming and hunting will be implemented on 1st January 2015. In less than two years, in Slovenia it won’t be possible to keep or hunt animals for their fur, feathers and skins. Fur farming or hunting in Slovenia is miniscule in size so the ban will not have a significant economic effect. At this moment there is only one registered chinchilla farm in Slovenia, although there is some evidence of illegal small scale fur farming. Hunting for fur is almost nonexistent.
The law unfortunatly still allows slaughter of animals for their fur. This would mean, in theory, that a foreign fur farm could bring their animals to Slovenia for slaugther. As this practice is not common in the fur industry, it is belived that this part of the law will not result in actual slaughter of animals for their fur.

BAN ON CIRCUSES WITH WILD ANIMALS
Ban on circus or similar acts involving wild animals is also a substatial advance for animal rights in Slovenia. Although there are no Slovenian circuces, there were tours by foreign circuces with wild animals in Slovenia every summer. It was not unusual to see animals such as tigers, lions, giraffes, camels, lamas and others, in preformances. As this ban comes into effect imediately, there won’t be any circuces with wild animals this coming summer.

The Law states the ban as follows (article 7. - effecting article 14.a):

Translated into English:
The use of animals pertaining to wild animal species for performing or displaying in circuses or shows similar to circuces is forbiden.

OTHER IMPROVEMENTS FOR ANIMAL WELFARE
In addition to the above mentioned bans, the new law introduces other improvements in the area of animal rights and welfare in Slovenia: ban on tail docking and ears cropping in dogs, ban on declawing and debarkig, ban on selling dogs with the exclusion of registered breeders, and ban on ceremonial slaughter of animals without stunning, to name a few.

The new Animal protection law brings a better starting point for animal welfare in Slovenia. It also offers a hope for improving animal welfare through new legislature in other countries as well.

Disclaimer:
This report is issued by Veganska iniciativa (the Vegan initiative). The translations of the sections of the law were not made by government officials and should be regarded as a guide only. For additional information please contact us: veganska.iniciativa@gmail.com